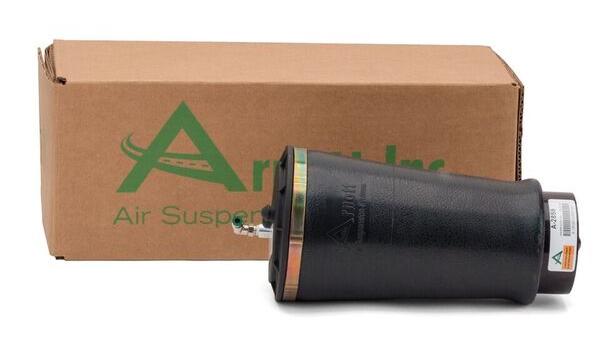 Arnott Recommends Replacing OE GX 470 Air Springs In Pairs
The Lexus GX 470 replacement air spring, which Arnott recommends replacing in pairs, is designed, assembled, and tested in the United States. The Arnott part replaces air springs on vehicles with and without Kinetic Dynamic Suspension.
Arnott’s Part Number is A-2859 and the price is much more affordable compared to the local dealer. A detailed installation manual is available for download.
Additional Aftermarket Innovations
While the highlighted Lexus GX 470 Air Spring is a reliable and affordable solution for SUV owners concerned about failing air springs leaving them stranded with expensive and recurring maintenance problems, Arnott offers additional, innovative aftermarket parts for the GX 470 and the Toyota 4Runner. For example, Arnott offers a revolutionary Coil Spring Conversion Kit exclusively designed for the GX 470. Arnott’s Lexus GX 470 Coil Spring Conversion Kit comes with everything needed to convert the Lexus rear air suspension to a reliable coil spring suspension system.
Previous Post
Next Post