Arnott Air Suspension Products — the leader in aftermarket automotive air suspension parts and accessories — announced the introduction of new, Arnott-designed aftermarket Front Right and Front Left air struts for the 2003 to 2006 Mercedes-Benz S-Class (W220 Chassis) with AIRMATIC and with 4MATIC. 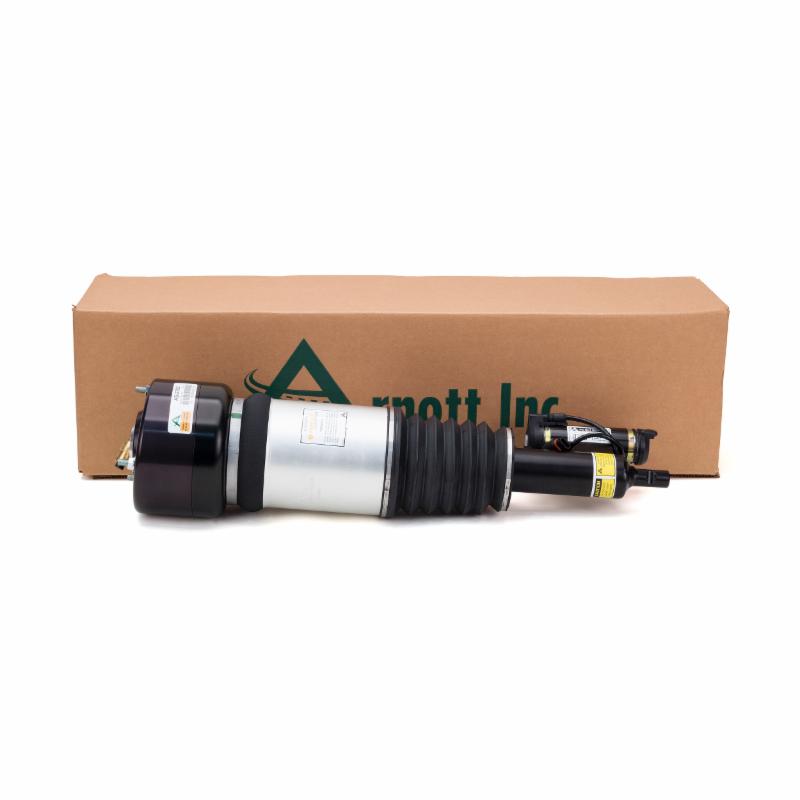 Arnott Part Numbers are AS-2783 and AS-2784, and they  retail for $576.66 each. A detailed Installation Manual is available for download to help ensure a successful remove and replace experience.

The struts are backed by Arnott’s Limited Lifetime Warranty in North America and the European Union; it is covered by a Two-Year Limited Warranty in the rest of the world.

Designed, assembled, and tested in the USA, Arnott’s new aftermarket front air struts replace the OE struts and feature a custom-tuned shock absorber calibrated to provide an excellent ride and outstanding performance. The Arnott struts include a new air bladder from Continental ContiTech protected by an aluminum can, along with an anodized CNC-machined top mount made from aircraft-quality aluminum. The strut asemblies come complete with Arnott’s long-lasting seals, O-rings, bumpstop, heavy-duty crimping rings, air fitting and solenoid, plus a dust boot to protect the strut.